The media has sought to portray Boris Johnson's visit to flood-hit Bewdley in a very negative light.  While many will feel that he should have visited flood areas weeks ago, others will say that to do so would have been an unwelcome distraction for residents and emergency workers.  It wouldn't have been a great surprise for the PM to get a mixed reception, as he did in Whaley Bridge last year (as did Corbyn).  However, what appears to have happened on his Bewdley walkabout is one person followed him around shouting "traitor".  As to what perceived act of treachery the heckler was alluding to is not clear.

In other scenes Boris was greeted enthusiastically - signing autographs, posing for selfies and shaking hands (see video below).

The above footage has been seldom seen on broadcast media, if at all.  Instead there has been rolling footage of two clips in which the same lone voice calls out "traitor" repeatedly.  Funny that.  The BBC went one step further and tried to suggest that the Prime Minister had refused to shake people's hands.  Obviously, hand shaking is a sore subject at the moment, but the PM appeared to have no issues with it.  The BBC undermined their attempted smear by showing a picture of the PM shaking someone's hand while the caption below said people 'tried' to shake his hand.  Poor effort Beeb. 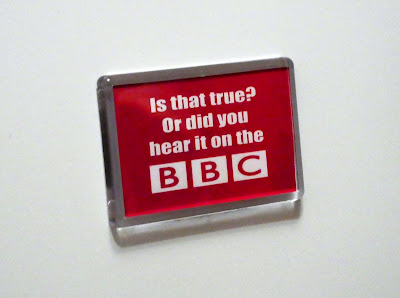