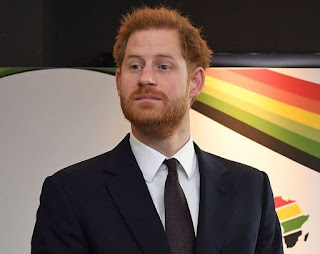 The left are currently rejoicing over a clip that appears to show Prince Harry snubbing Boris Johnson in a receiving line.  The clip has gone viral.

I literally cannot watch this enough.
Prince Harry knows what’s what. And sadly for Boris, we do too and all saw it. 🤣 What a brilliant parting shot! #HarryAndMeghan #BorisJohnson #Diss pic.twitter.com/pNlJ2X8qVk
— Sohail Shah (@KingOfSunshine) March 9, 2020

It's worth noting that Sohail Shah is a former BBC executive.  That's relevant for two reasons.  Firstly, it's yet another example of the left-leaning bias so clearly endemic in that organisation.  Secondly, the clip has been edited.  The full unedited version can be seen below.


As you can see, Harry clearly stops and greets Boris.  There is a brief exchange between the pair before he moves on and talks to Baroness Scotland.  There are no handshakes involved anywhere along the line due to the coronavirus outbreak.

It wasn't so long ago that the same Brit-hating leftists revelling in this fake news would have regarded Prince Harry as privileged Royal scum who indulges in hunting, killing Afghans and casual Nazism while raising funds for injured 'war criminals'.  Now he's their hero.  Fickle bunch.
at March 10, 2020