It was a week when former race relations chief Trevor Phillips was suspended by Labour for being 'racist'.  One of his long list of 'offences' was to state that the paedophile grooming gangs roaming many of our towns and cities were "mostly of Pakistani Muslim origin".  He's obviously not wrong there, but such facts are frowned upon in his party, something that cost former frontbencher Sarah Champion her job in 2017.  Contrast their treatment with that of Bradford West MP Naz Shah.  About a week after Champion was forced out, Naz Shah shared a tweet that suggested grooming gang victims should shut their mouths for the good of diversity.  A few months later she was made the Shadow Minister of State for Diversity (yes, there is such a role). 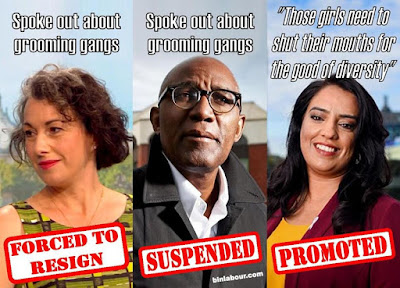