It's Jeremy Corbyn's final week as Labour leader and each day we will be looking back at his tenure through the medium of memes.  We begin with the year 2015, when Jezza romped home in the leadership election to succeed Ed Miliband.  Miliband resigned the day after the 2015 general election, with immediate effect, and was replaced by Harriet Harman as interim caretaker leader (note that Jezza is still leader four months after the 2019 general election).


In 2015 Corbyn was elected as leader on September 12, more than four months after the general election.  A four month leadership election?  Oh well, that much hasn't changed. 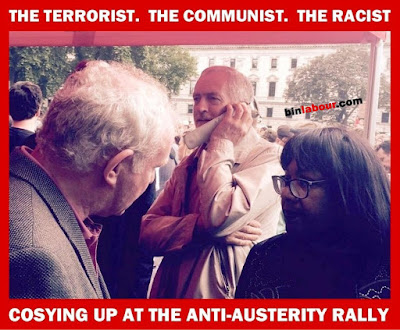 14.07.15 - The four 2015 leadership candidates.  Little did we know that there would be two more general elections in the space of five years, but as Corbyn lost both of them this meme is not far from the truth. 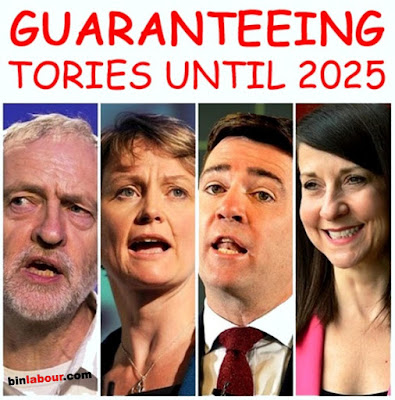 23.07.15 - We wanted Corbyn to win the leadership, as did Hamas, Hezbollah, Sinn Fein, Russia, China, Argentina and Cuba.  For different reasons, obviously.

23.08.15 - There was little to unite Blairites and Corbynistas, almost tearing the party apart in the years that followed 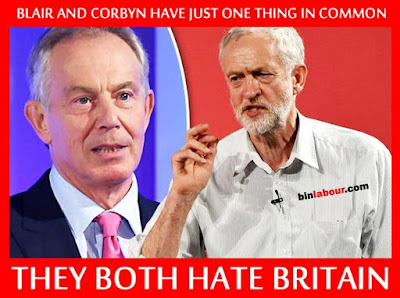 12.09.15 - Hard left hypocrites like Billy Bragg were quick to congratulate Corbyn on his leadership victory 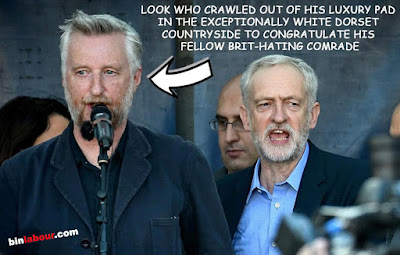 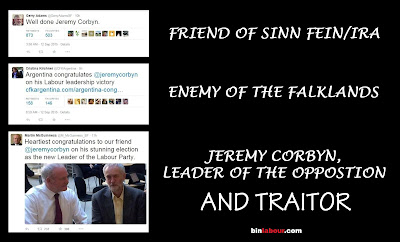 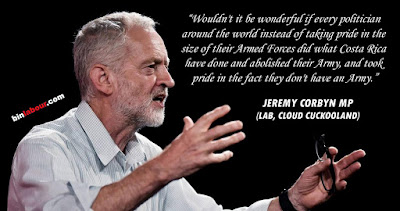 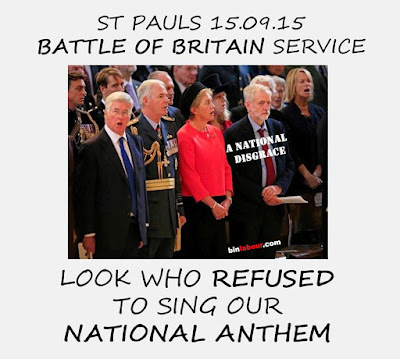 19.09.15 - Tom Watson went on to spend most of his time as Deputy Leader undermining Corbyn, particularly on Brexit 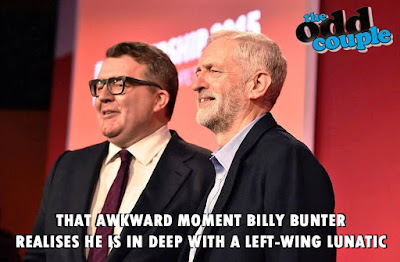 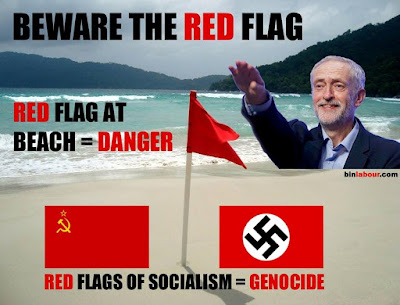 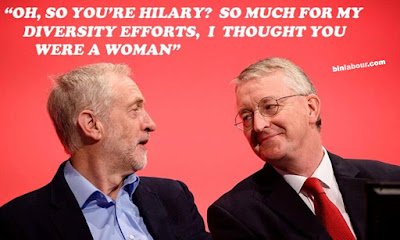 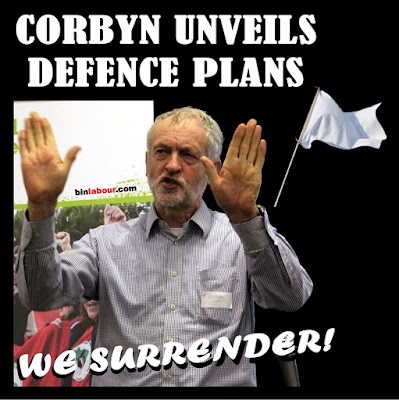 01.11.15 - Angela Merkel's opening of the migration floodgates was welcomed by the left in Britain.  The protests in Visegrad countries were rather different 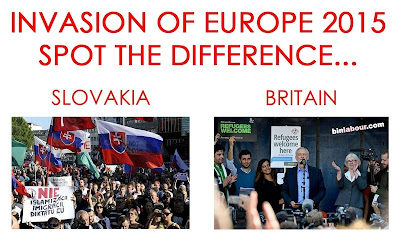 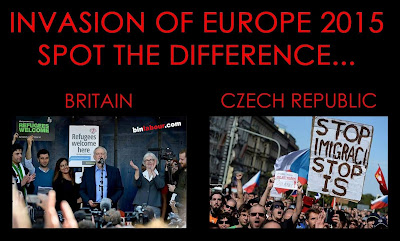 03.11.15 - News breaks that Corbyn referred to the British Army in Northern Ireland as an "army of occupation" 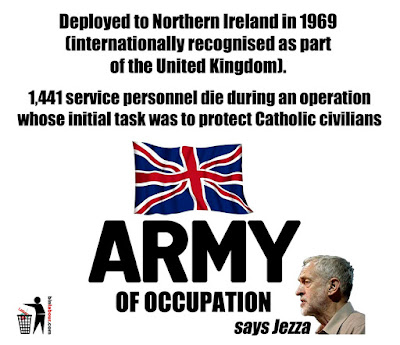 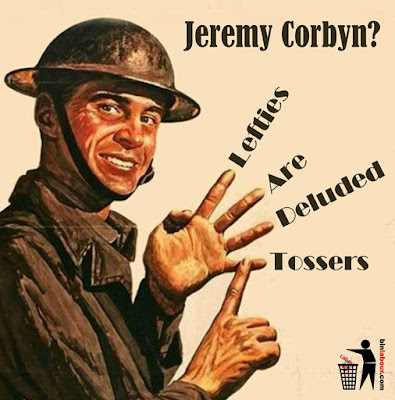 02.12.15 - Corbyn opposed bombing the Islamist death cult that had taken over large parts of Syria and Iraq.  When it came to a vote in the Commons, 66 of his own MPs sided with the government.  Cartoon by Peter Brookes for The Times. 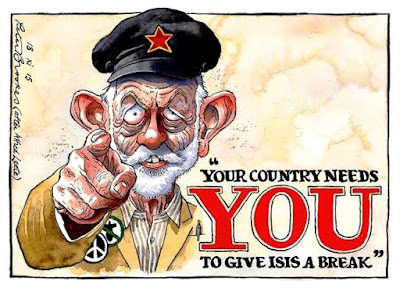 04.12.15 - The Oldham West & Royton by-election was an easy hold for Labour, although it was dogged by claims of postal vote fraud among the town's Muslim population 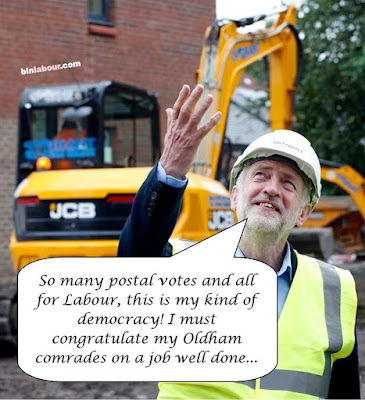 22.12.15 - Corbyn invites the new US President to Finsbury Park Mosque.  His friendly approach to Donald Trump would quickly subside. 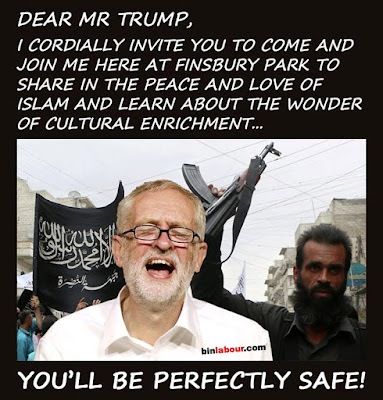 Hopefully, over the course of the next few days you will see how we got better at memes over the last five years...

TOMORROW:  2016, Corbyn's first full year as leader, the EU referendum and a challenge to his crumbling leadership.
at March 29, 2020