Jeremy Corbyn and his hard left comrades have done more than most Labour MPs to whip up the mob in recent weeks.  A day before the Black Lives Matter violence first erupted he wrote an article in the 'i' newspaper telling black readers how oppressed they were before ending with a sinister message: "Silence should not and never can be an option".  To those reading that article the message couldn't have been clearer.

A week later he tweeted out a picture of himself making a speech in support of BLM outside what appears to be an Islamic building. 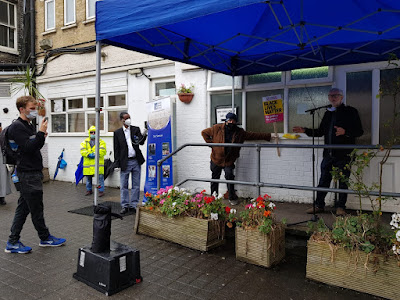 Now we know how the left like to pretend that they are the party striving for 'equality' etc, including women's rights.  We'll gloss over Labour's lack of female leadership for now, but if you look closely at the sign behind the man holding the placard it appears that Corbyn is speaking outside the women's entrance.  The sign reads "sisters only". 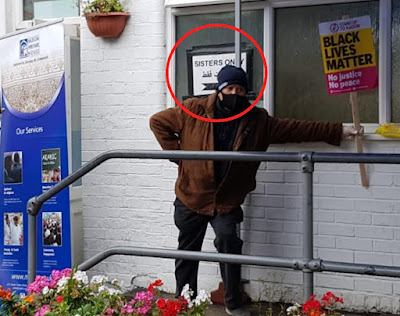 Clearly the women have to use the back entrance.  So much for all that equality Jez?


Should we also take this opportunity to note that the Prophet Muhammad was a slave owner?  If the left is to apply the same logic that it's applying to British history, when can we expect them to demand that every mosque and madrassa be torn down?
at June 16, 2020