WHAT THE HELL IS THAT?

Labour have been mocked over a strange Father's Day graphic they posted on their social media accounts on Sunday.  The graphic looks far from 'fatherly', in fact it's not very clear who or what it shows... 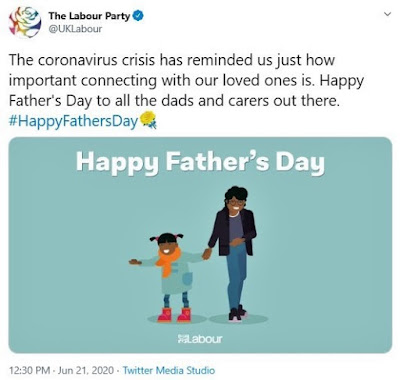 Obviously it ticks the BAME demographic - vitally important at this time of course - but is that seriously meant to be a man?  Or is this pandering to the trans community also?  Needless to say, the party has been totally rinsed on social media.

"Have you just re-badged the same one you used on Mother's Day?"

"Is that a dad who menstruates?"

"Is that Dawn Butler the single mum?"

"Don’t know if Michael Jackson is the parental role model or guardian I would’ve went for".

"I can't imagine why you lost so many seats outside London in the last election. Oh no wait...I can".

"This will win over those white working class folks in the north of England".

"Erm, do I need to go to Specsavers or did Labour really just upload a picture of a daughter and a mother on Father's Day?"

"Isn't the idea of Father's Day to actually have a strong paternal male figure celebrated?  Whoever this person is, it looks like they just got out the Tavistock clinic". 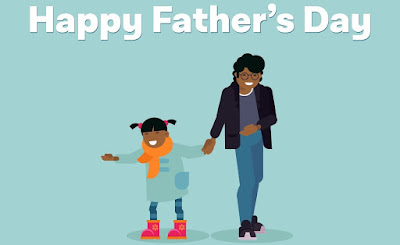