Wednesday night's violence in Brixton attracted the attention of the mainstream media yesterday, but the narrative was once again skewed.  22 officers were injured and several police vehicles damaged, but there were three key words missing from both the police statements and the media coverage.  There was no mention of Black Lives Matter.

A BLM protest was scheduled to take place in Brixton on Wednesday afternoon, advertised as a music event due to begin at 13:00 and running until 19:00.  Critics have pointed out that this was hours before trouble erupted half a mile away, but as the London Evening Standard initially reported yesterday: "The trouble flared at what police are describing as an 'unlicensed' music event which started in the afternoon and ran into the early hours of the morning".  That 'unlicensed music event' that overran from the afternoon is clearly the BLM event, but the police daren't call it by name and the media aren't asking questions.

Just imagine having spent all day listening to people bashing the police and then having the police turn up.  Who could have predicted the chaos that ensued? 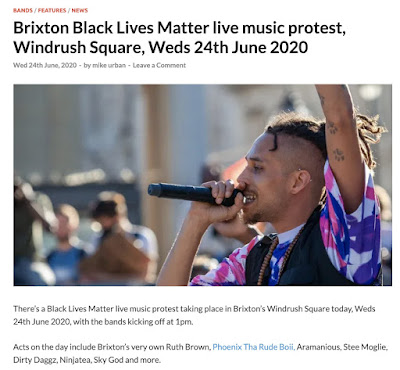 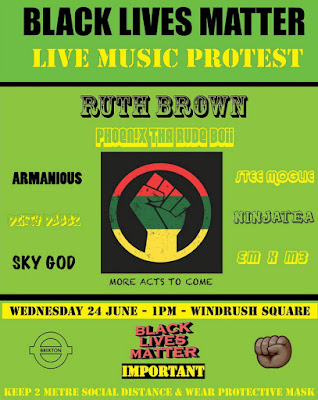 Once again Black Lives Matter is inextricably linked to violence, but once again the media have tried to pull the wool over your eyes.
at June 26, 2020