London looks set to enjoy a third weekend of violence as Black Lives Matter protests are planned for both Saturday and Sunday in the capital, as well as elsewhere around the country.  As if we didn't know already, the communists of Antifa are heavily involved in organising the protests and have been busy promoting the demos on social media.  The following events have been promoted via both social media and directly through Antifa sites. 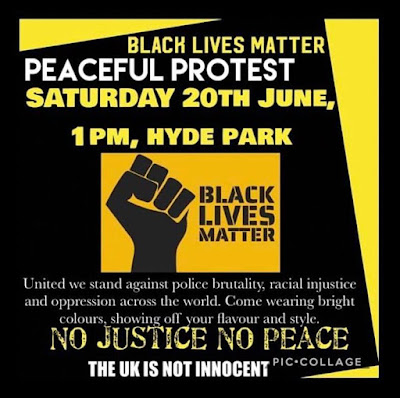 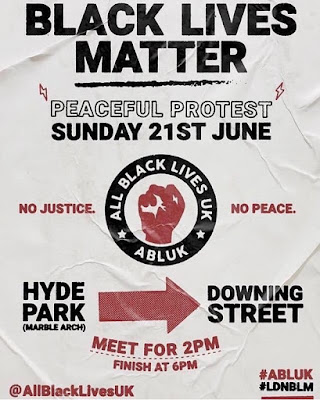 Note that in the poster for Sunday's 'peaceful protest' the fist is red and not black, which is more in line with communism than black lives.  A second protest is also being advertised on social media, this one beginning south of the river in Vauxhall before marching to Parliament to meet up with the Hyde Park mob.  Churchill's statue is clearly going to be target number one again.  One of those tweeting the message ominously warned participants to wear "non-identifiable clothing, facemasks and gloves".  Why non-identifiable clothing if it's a 'peaceful march'? 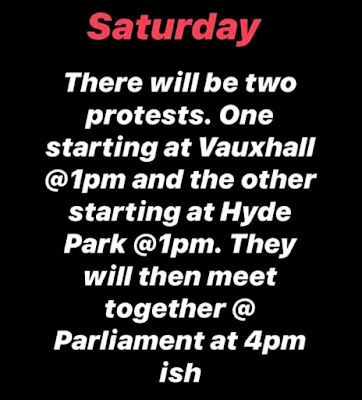 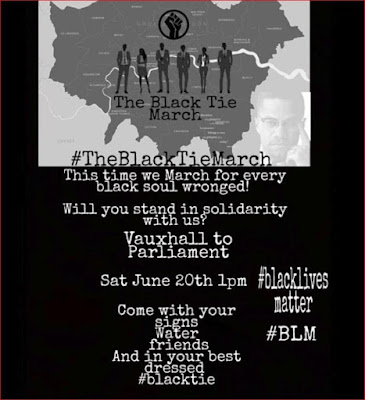 Meanwhile, the Metropolitan Police have responded by asking everyone nicely to stay at home and if they must protest, to do so peacefully.  What will be very interesting this weekend is to see how the Met police these protests.  Riot police were out in force last weekend when they went up against counter-protesters - in stark contrast to the week before when poorly equipped bobbies were chased through the streets by BLM thugs.  Will we now return to soft policing and allow the mob to rampage freely again?

At the time of writing the Mayor has said nothing about this weekend's protests.

Other BLM protests are scheduled this weekend for Coventry, Glasgow, Leeds and Manchester.  But remember folks, the Coronavirus Act still applies - to everyone but Black Lives Matter, apparently.
at June 19, 2020