WHERE THE LEFT WENT WRONG

Since 1997 Labour have lost Scotland to the SNP, and they have let the red wall of northern England crumble.  They exist only in some once safe-but-now-shaky seats in the north and cities like Bristol and London as a direct result of their recklessness, carelessness and taking for granted of their core support.  This follows a pattern of them taking voters for granted and losing on their hunch, they are the eternal degenerate gamblers and for the next decade at least their cause seems lost.  This is a look at why that might be from a working class perspective.


It is often asked by bemused left-wing types: "Why would the working-class vote Tory, they are voting against their interests?"  The further to the left their political persuasion lies, the more confused and angrily the question is asked.

The working class quietly counter that with the simple question: "What does Labour offer us?"  Emily Thornberry publicly sneering at them on social media for displaying the flag of their country?  David Lammy telling them they're "worse than Nazis?"   Well, yes, along with open borders creating more competition for jobs, houses and use of services while they charge you, the worker, high taxes to pay for it all.  Now the factory, warehouse and trade workers who created the party have become Tory by default, as Geoffrey Wheatcroft says in his book The Strange Death of Tory England - a fascinating study of the Conservative Party up to the end of the 1990s. 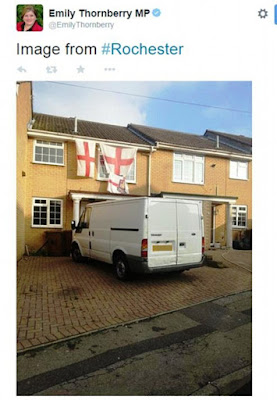 "Life’s better under the Conservatives. Don’t let Labour ruin it" declared the Tories, and the electorate responded, as in 1931 or 1992, not with any deep enthusiasm for the Conservative Party so much as a wary sense that Labour were not fit to govern.  The verdict was convincing: the Tories gained votes and seats while Labour lost them.  As in 1955 the Tories very nearly won half the popular vote, a clear majority of women voted Tory, and so did a large part of the upper working class, whose new prosperity (many of them now owning cars, washing machines and other consumer durables) so disconcerted those on the left who wanted the proletariat to remain proletariatian.

With Jeremy Corbyn totally repulsing the majority of the working class in the 2019 general election, history has proven to repeat itself.  Without a poor and downtrodden working class there is little incentive for anyone to vote Labour, therefore it is in Labour's interests to keep people poor, hence why they still argue for free movement after Brexit despite strong working class objection.  Not because fewer jobs, fewer houses, more people using public services, or a longer wait to see a doctor will benefit the working class in any way, but it will guarantee a flooded job market and suppressed wages - which is great for business owners like Richard Branson (who was first introduced to the idea of running parts of the NHS by a Labour government, as reported in The Guardian in February 2006). This invitation from Tony Blair brought us to where we are today in a situation where Virgin Care operates over 400 NHS and social care services at great continued expense to the UK taxpayer.

Their stance on Brexit itself was baffling.  How can we as a society possibly have a housing crisis, a homelessness problem, an NHS and other public services that struggle to cope yet somehow have the resources to successfully operate a mass immigration programme without negatively affecting our quality of life?  Of course, only a hate-filled bigot could ever dream of asking such questions; but such questions are vital, otherwise we would allow Labour to blindfold us and walk us off a cliff.

"Not every Brexiteer is a racist but every racist is a Brexiteer" is the sort of self-righteous and sanctimonious claim from the left, desperate to seek and cling to any high ground they possibly can while supporting a political idealism that has killed more people than both world wars combined.

No matter which way it's examined, no matter the period or the country - communism and his wee brother ‘diet communism’ (read socialism) has demonstrably caused more harm than good, and there are millions of graves that will attest to this.  Jeremy Corbyn, the grand messiah and would-be Supreme Leader and his right hand man John McDonnell, championed Venezuela as a socialist paradise even as it burned - which no doubt set the party further back in the minds of its traditional base, who were always more intelligent than the Labour Party ever gave them credit for.

If you were to Google Venezuela today the Labour Party seem to have been basing their entire ideology on failure, or at least the appearance of failure as Jeremy Corbyn once said of Hugo Chavez: "Thanks, Hugo Chavez, for showing that the poor matter and wealth can be shared". 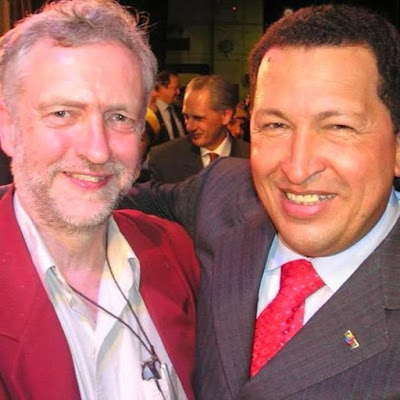 In practice Chavez was a hypocrite and managed to make a personal fortune of over a billion dollars while the poor he was campaigning as a friend to, were starving to death.

Naz Shah liking and retweeting that victims of grooming gangs should shut their mouths for the good of diversity was shameful.  You could believe it may have been an accident - but the suspicion still lingers.  Her recent promotion to the Shadow Cabinet seems to send the message that the Labour Party seem quite willing to sacrifice our children for their cause.  The Home Office had information on Rotherham grooming gangs as far back as 2002, but failed to act.  A report by Alexis Jay in July 2018 published in The Independent exposed the police and Labour-run council where officials feared accusations of racism more than packs of paedophiles roaming around the communities for whom they were responsible.  More evidence that Labour are anything but the working class party is a report from The Mirror in January of this year that says grooming gangs would have been stamped out if the victims were people other than ‘working class girls’:

"In Rusholme, Rotherham, Peterborough, Oxford, Rochdale, Bristol, Telford, Newcastle, Aylesbury, Huddersfield, and Keighley, the children who should be most protected by the state were hung out to dry by servants of that state. The authorities ignored, covered up, and swept under the carpet hundreds, if not thousands, of horrifying crimes".


Why would anyone vote for a party who think adhering to political correctness is more important than saving children from these horrendous experiences?  The working class is far more inclined to get behind politicians like Sajid Javid who stated:

"The scandal of grooming gangs is one of the most shocking state failures in our modern history. We cannot let cultural or political sensitivities get in the way of understanding the problem and doing something about it".


Jeremy Corbyn’s endorsement from Gerry Adams - along with his tendency to side with whoever was threatening our country at the time, to the point of being filmed laying wreaths at terrorist funerals, inviting IRA members to the House of Commons weeks after they tried to assassinate Margaret Thatcher and calling groups like Hamas his friends - effectively killed Labour's military vote. 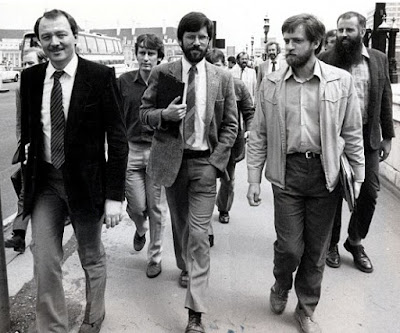 The British people tend to vote slightly to the left or right of the centre.   The majority of us do not favour extremism in any form.  You will not find any elected representatives of the BNP in the House of Commons, so it was not completely unexpected that when Corbyn took his party too far to the left, Labour were utterly decimated.  I would point out that yes, Boris Johnson’s leadership had a lot to do with the 2019 General Election result, but Theresa May and David Cameron would undoubtedly have won that election (though it would not have been by such a commanding majority).

If left-wing logic is to be followed, then the Conservatives are the party of the rich elites.  Were that true then it is easily determinable that it is in the Conservatives’ best interests to create a prosperous nation with many rich people voting for them, something that all political parties should strive for as a bare minimum; but as we have already seen this arrangement doesn’t necessarily suit Labour who would find themselves even more useless in the eyes of the working class than they already do.

Any attempts to discuss this are futile.   I've found that the left cannot debate, only attack.  They will dehumanise you before they ever speak calmly and rationally.  Rather than seeing you as a human being with a differing point of view they will reduce you down to buzzwords such as 'racist' or 'far right', and their default position is attacking your character. It's far easier to disregard a word than a person, particularly when that word has terrible connotations.

Labour's campaign slogan 'for the many, not the few' may as well have read 'vote for us you racist thickos'.  They have deeply insulted the men and women of our society who work hard to keep it running. Soldiers, sailors, carpenters, welders, electricians, plumbers and so on.  Intelligent people of all backgrounds, the absolute fabric of society, were collectively dismissed as right wing as if a love of yourself, family, community, tradition and pride in your country was something to be sneered at when the reality is that it is all what we, the working class, have ever known.
at June 10, 2020